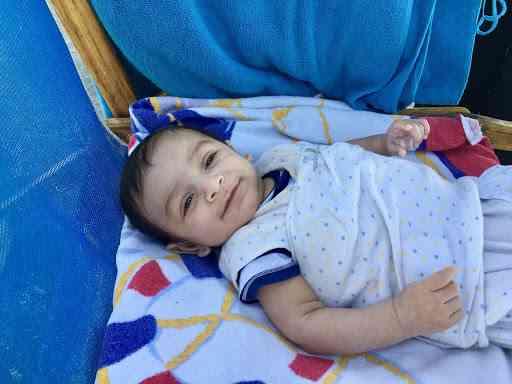 Feeding an infant is infinitely easier than feeding a toddler.

When we travel overseas, we are often faced with curious culinary customs. Imagine trying to convince a three-year-old to try curry goat’s feet or cow’s brains. But if you’re traveling with an infant, all you have to do is mix a bottle, and you’re set. It’s even easier if you’re breastfeeding.  Just pop one out and let the boobie buffet begin.

Toddlers are way too needy.

The mind of a child is fascinating. It’s incredible how easily they absorb information, how curious they are, and how aware they are of their surroundings. But after a long day of traveling, ain’t nobody got time for that. I don’t know why that lady’s hair is green. Please stop repeating that word. It’s a bad word. No, you can’t watch my phone, and sorry, but there are no Happy Meals here.

Flights for infants can be free.

In the world of air travel, a lap child is typically a kid under two-years-old. So when you go on a vacation with baby, you don’t have to buy an extra ticket, unless you just want the extra room. But once your child turns two, that free ticket is out the door. So if you’re looking for a way to save money while exploring, traveling with an infant instead of a toddler might be helpful.

But even if you are no longer traveling with an infant, there is a way to secure extra space on an airplane for free. Check out the seat hack in our book, and be sure to try it out next time you vacation with baby.

Infants don’t move around as much.

Toddlers are so jittery that they’d put an unlevel washing machine to shame. Ask them to sit or stand somewhere and chances are they’ll be somewhere entirely different within 15 seconds. Not so with an infant. Plop that bundle down in your lap or in a stroller, and they’ll stay there until you decide to move them.

You can usually predict an infant’s schedule.

When traveling with an infant, it’s usually pretty easy to predict their schedule. They sleep at certain times. They eat at certain times, and they usually poop a few minutes after. But toddlers can be all over the place. Some days they can eat an entire cow and other days they’ll only eat a few grapes and a handful of Cheerios. Sometimes your toddler will take a nap. Other times they won’t. But little babies are more predictable. If you’re traveling with an infant, you might even be able to schedule your flight during a time they’re normally asleep.

Toddlers are pretty opinionated. Infants are not.

Sometimes my toddler wants to dress up like a hero. Other times he wants to go out in his birthday suit. Again, it’s pretty cool to see how sophisticated the mind of a young human is, but convincing your three-year-old why they need to wear a coat and hat in the snow can get annoying after fifteen minutes of conservation. But traveling with an infant is easy. Dress them as you see fit, and keep it moving.