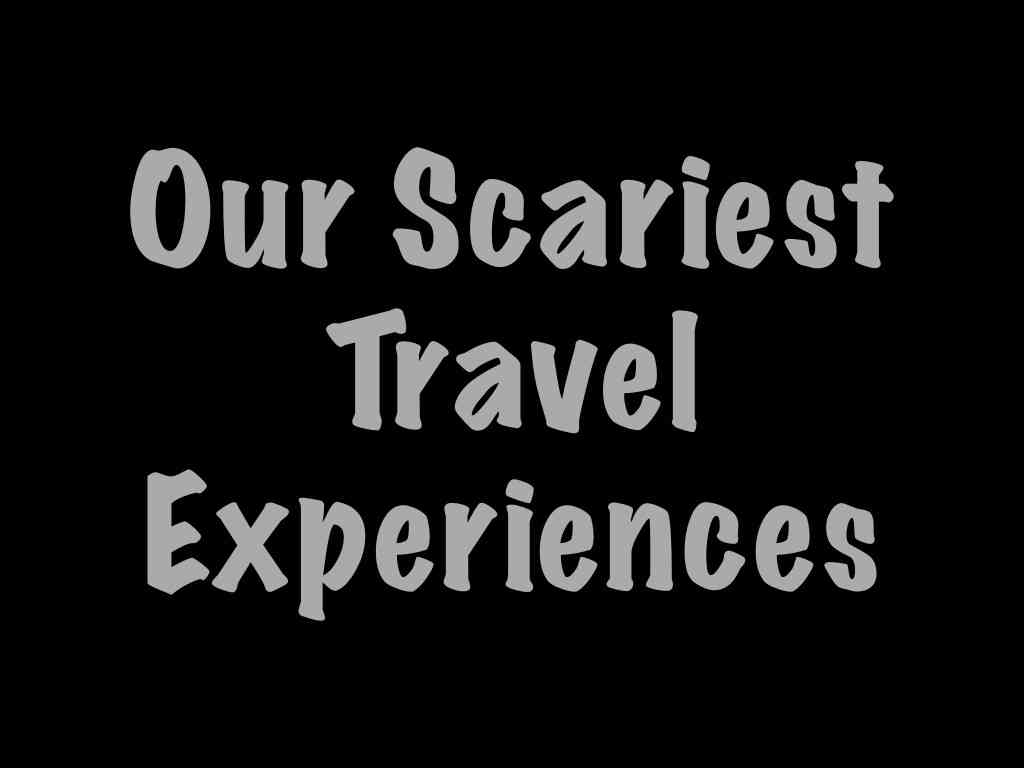 Everyone has fears about what could go wrong. Before we traveled, we worried about how we would communicate in countries where English wasn’t common, about having enough money, about what would happen if Aarav got sick. Even after our worldwide tour, there are always worries, yet we don’t let any of them stop us. Still, we are asked often if we experienced any scares on our travels.

Most travel bloggers will have you believe it’s all roses, all of the time. We tell the truth about traveling with kids. Yes, we had a couple of scares. They do happen!

Before we traveled, I worried a lot about all of the things that could go wrong on a trip. To say I worry more than AJ is not an overstatement. So, when we were on an Asian cruise and docked in Bangkok, one of my worst fears nearly came true: we nearly missed the boat.

We did everything right, or so we thought. As we went out to explore Bangkok on our own, we planned to return to the ship an hour before the time we were told to be there. But we missed an exit and it took us 45 to 50 minutes to find our way back, even though we couldn’t ask anyone for directions or help because of the language barrier. Everything was going wrong! And then, when we got to the port, it was way bigger than we realized when we disembarked. We couldn’t find our ship! I was so panicked it was going to leave us. They had our passports, our stuff — how were we going to get out of the country without our passports? What were we going to do with our son, all of his stuff was on the ship. Do we get a hotel? How do we reconnect with the ship?

In February, 2019, a couple made the news when their cruise ship left without them in the Bahamas. It does happen, so my fear was real!

We were so lucky because it just so happened that a couple of the ship’s excursions were also late due to the traffic, and because they were associated with the ship, they had to wait for them to return. Also since we had an active data plan, the cruise ship actually called us during our panic and told us there was nothing to worry about; they would wait for us. It didn’t make it better, because we were still lost and frustrated, but at least we didn’t miss the boat.

We were in Dubai the when Aarav came down with a fever for the very first time in his life. Of course, it happened while we were traveling. He was only 6 months old, and at least I grew up in Dubai and had my parents there to help me deal with the stress. His temperature was really high and we ended up taking him to a doctor, who told us his fever could develop into pneumonia. We were in a panic. It’s scary to think a baby could have pneumonia, and here we were, living out of a suitcase!

We had plans to stay at a beach resort outside of Dubai for a few days, but we (Natasha was so worried, too!) decided it was better to cancel our plans and stay in one place. Aarav needed a chance to rest and get rid of his fever. Plus, if anything happened, at least the doctor he saw would still be close. We didn’t make it to the beach we were heading to until another trip, but plans need to change when someone gets sick.

It was also the first time Aarav ever got sick. No matter where it happens, it is tough to watch your child get sick — but to have it happen when we weren’t near home or our pediatrician? It was scary!

Despite some of our fears coming true, it never stopped us from continuing on and traveling more. We have learned from each scare: Download our book How to Travel With Kids, where we discuss managing illness on the road. Now we are more prepared for our next cruise excursion and illness. Which isn’t to say we don’t still have fears.

What is your scariest moment, and how did you push through it?