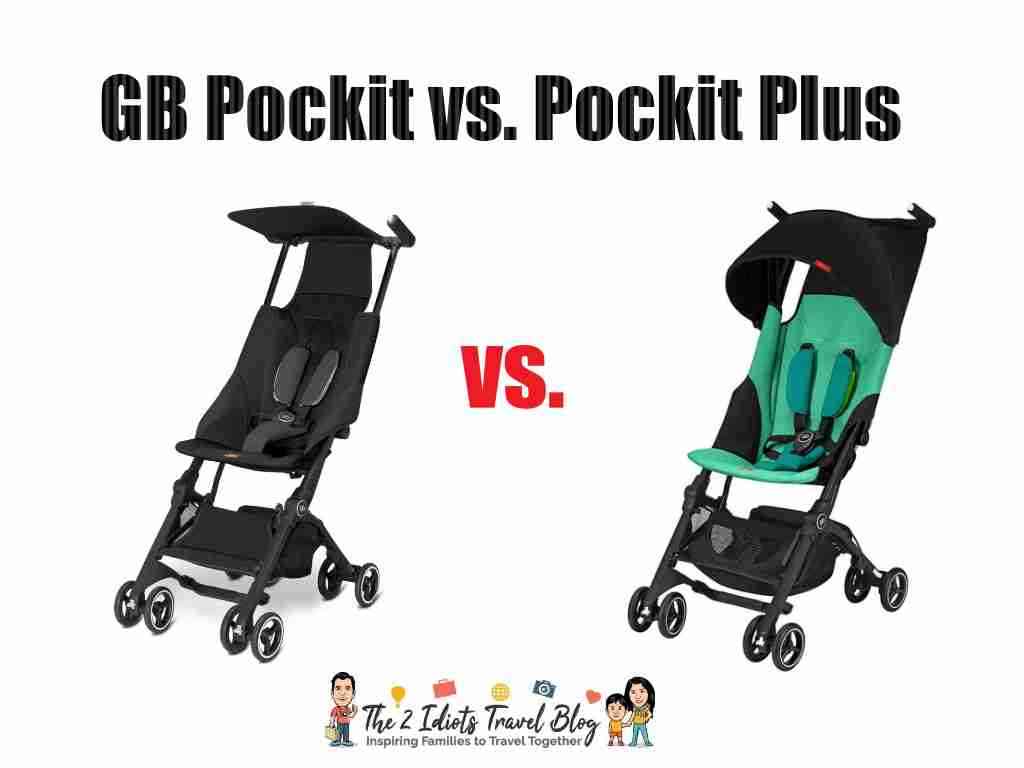 Going away on holiday with your family soon? Sounds like you’d have a great time. But you and everybody else knows that it’s an even better time if you’ve got the right stroller. The GB Pockit and GB Pockit Plus are among the best strollers you should consider for travel. Believe us. We have taken ours all around the world and intend on keeping the stroller until the wheels fall off. It might seem that the GB Pockit Plus is simply an upgrade from the GB Pockit, but they actually have a lot of differences between them. Do you want to know the main differences between both strollers and know which of the two is a better buy? Look no further. This post will tell you everything you need to know about the GB Pockit vs. Pockit Plus so you’re set and ready to go on your next adventure with the family.

What makes this type of stroller attractive is its size. Both strollers are very compact, which makes them ideal to travel with for flights, road trips, or train rides. Not only is it compact, but it is very easy to fold and carry around when need be.  To be honest, that’s probably the biggest benefit of the GB Pockits – its ability to fold so small inside the plane makes traveling much easier.

Concerning size, the main difference between the two strollers is that the GB Pockit Plus is slightly heavier in the frame. Nevertheless, it is still as easy to fold and carry as the regular one.

The child seat on both strollers is quite thin and includes a harness. However, the seat is probably one of the most evident differences between both strollers. On the GB Pockit, the seat is fixed and cannot be adjusted in height or recline. However, the GB Pockit Plus allows you to adjust the seat to a height that is comfortable for your child and to recline until it is pretty much flat. For this reason, the Plus version would be preferable. On the other hand, if your child is anything like ours and manages to sleep everywhere, the regular version of the stroller will do the trick just fine.

Another point that distinguishes the strollers from each other is that the Plus can be installed in a car seat. But this is only possible for specific kinds of cars.

There aren’t many differences between both models in terms of wheels and their functionality. Both come with four wheels and brakes that can be controlled by hand or foot. With both strollers, the wheels swivel smoothly and can navigate over pretty much any surface as uneven as they might be. If you’re considering embarking on an exciting city tour,  you can be sure that either will do you no wrong.

One of the main differences between the strollers is the canopy – or ‘umbrella’ as some may call it.

On the GB Pockit, the canopy is smaller and resembles a small roof. On the GB Pockit Plus, the canopy is a lot larger and curved all around the edges. If you’re traveling somewhere with a lot of sunshine, the Plus would probably be better to protect your little one by creating more shade. On the other hand, the smaller ‘umbrella’ on the former stroller makes it easier for you to keep an eye on your child since it doesn’t provide coverage on the sides.

There you have it. Both strollers, the GB Pockit and GB Pockit Plus are of incredible quality and buying either of them would help you have a hassle-free holiday with your family.

If you’re looking to splurge a bit more on certain additional properties such as seat reclining or a sturdier frame, the GB Pockit Plus might be the option for you. But the GB Pockit is a just as good option that will grant you an equally amazing experience for you and your child.

Let us know what you think about the GB Pockit vs. Pockit Plus in the comments below.